The career of Paul Dixon

In this month’s blog we showcase the career of Paul Dixon, winner of the inaugural Ambassador Award at the 2021 Concierge Medical Business and Young Entrepreneurs Awards.

Paul is Hospitality & Activities Manager and Regional Wellbeing Ambassador at Mill House Care Home. Paul won the award for his outstanding contribution, not only to Mill House, but on a wider basis to the betterment of Chipping Campden.

I always had itchy feet, always on the move – I was born in the Lake District, worked in the Channel Islands, and spent three years at sea on the QE2 ocean liner, managing hotels for a celebrity chef, a few years in Surrey, and then the Cotswolds for a year or so…

But somehow that turned into 15 years in the Cotswolds, and I have no plans to move!

It was work that brought me here, but why have I stayed here longer than anywhere else? Why is Campden the place I decided to buy a house? I am not sure there is an exact answer, but when you watch those house selling programmes on TV, and they say a property has a certain feeling and you just know, well I now understand what they mean, “Campden has THAT feeling.”

I was a hotelier through and through, from the age of 15 I have been working in hotels until I eventually reached the level of Hotel Manager, and at times I managed a couple at once in a cluster manager role.

After taking some time out, I decided to try something completely new, something where I was not governed by spreadsheets, budgets and payroll, but something that still could include my hotel background skillset.

A Change Of Direction

Two weeks later I was being interviewed at Mill House Care Home, feeling oddly nervous. In my previous career, I had been offered roles and progressed within a company, but here I was interviewing for a role at less than 50% of my salary.

Fortunately, I was successful and the rest, as they say, is history.

I have now risen to the role of Hospitality Manager and oversee several departments that are in some ways quite like the hotel industry however, there is one thing that puts the two roles a million miles apart – in a care home, all the hard-working team makes a difference, often daily to our resident’s people’s lives.

These might seem like small ideas, but to someone with dementia, they are a huge accomplishment and give a vast improvement in the individuals self-worth.

We have worked with a local charity to offer complimentary day-care for those in the area who suffer with dementia and perhaps who cannot afford the costs of day-care but desperately need help.

We have hosted and judged local schools’ competitions and had volunteers come in and spend time with the residents, including Duke of Edinburgh students.

Our aim is to ensure Mill House represents the very heart of the town and that our residents, whenever possible, are part of the community.

Yes, I might be financially worse off. Yes, I might have initially struggled to get on the property ladder in one of the most expensive towns in the country, but yes, Campden is my home, and in my role, I make a difference.

Previously I may have run a successful conference in a hotel and may have given someone a great 50th birthday party. I may have even made someone’s wedding a wonderful occasion, but what I do now in this very special little Cotswold town, is something anyone reading this blog could do.

Mill House is the most nominated and award-winning care home in the Cotswold’s, and due to the home being so successful I have for the past two years been invited to be an official care awards judge.

You might be wondering what I am going to be up to next… well I do have a little idea in mind and hope to liaise with one of the local schools to bring it to fruition. 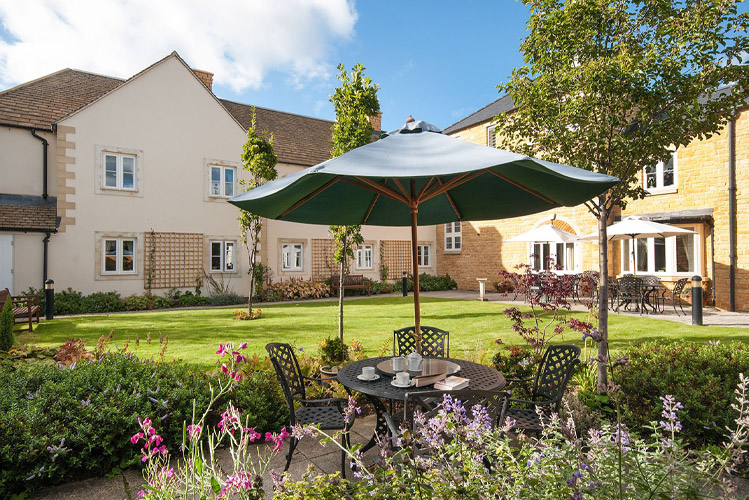 Where to shop in Chipping Campden